Not only is Rushmore one of my favorite movies, but the city of Houston had the honor of having most (if not all) of the film captured right here. Simply driving through the city you can’t miss many of the places where scenes were shot….or perhaps my familiarity is due to the embarrassing fact that I’ve watched the movie a million times.  Anyway, I’ve put together a “Rushmore” guide to some of the places that you can visit here in town– they look pretty much exactly as they do in the film. First location is director Wes Andersons alma mater, St. John’s High School located at 2401 Claremont Lane (right off Westheimer). According to Anderson “We always planned to film in New England, during autumn, with the leaves falling. I was waiting for the one school campus where I would say, ‘Here it is’. There was one in England, but then we decided not to shoot in England. Then my mother sent pictures of my own school and I realized that’s what I was trying to find all along.”

Second is Lamar High School at 3325 Westheimer, which stand directly across the street from St. Johns, exactly the way Grover Cleveland is located directly across from Rushmore in the movie.

The Kite Flying Society meets in the parking lot of the Delmar Stadium, 220 Magnum Road.

The cemetery where Max’s mother Eloise Fischer is laid to rest is located at the appropriately named Hollywood Cemetery, located at 3506 N. Main Street.

Next is Doug & Don’s Barber Shop which stands in for Berts Barber Shop, located at 219 East 11th Street. The hotel that Mr. Blume, played by Bill Murray, goes to after being sued for divorce is the Warwick Hotel which unfortunately has been now renamed the Hotel ZaZa, located at 5701 Main Street. 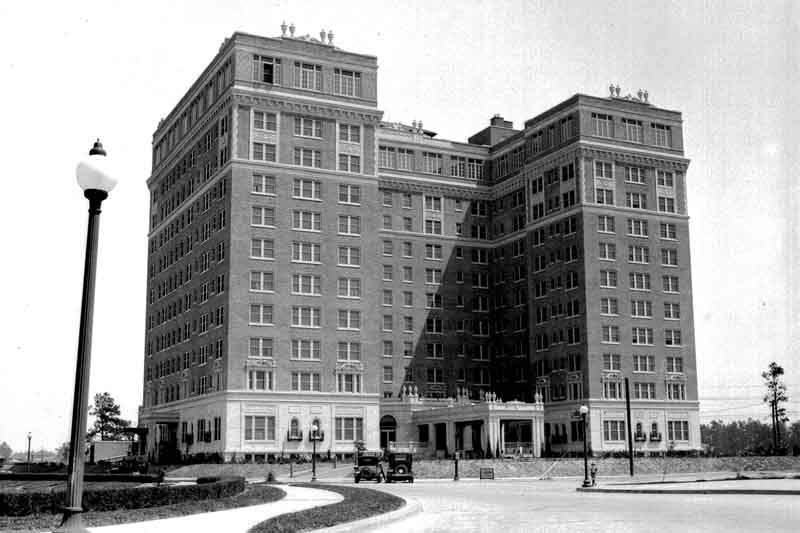